Why do Western brands fail in China?

More than 18% of the world’s population lives in China, so it’s no wonder so many global brands want to dip their toes into this vast market.

But as we’ve seen, it’s not simply a case of translating all the parts of your brand that were a huge success elsewhere in the world into Mandarin. Just ask anyone from ebay or Uber, two behemoths that didn’t do their China homework.

And it’s not just online. Walking round Shanghai you’d be forgiven for thinking there are as many Gucci stores as convenience stores. We all know wealthy Chinese have a long-established love affair with foreign luxury brands.

That’s cold comfort for Marks & Spencer, who are shutting up shop and going back to Britain. The grand dame of UK high street just didn’t cut it here, and no amount of posters of David Gandy in his boxer shorts is going to change that.

This is the big one. Brand has a message and an identity that works in the West, so they think for China all they have to do is translate. This means the brand isn’t tailored to a Chinese audience. Humor is a particular minefield. If your brand has a slogan or VI that is pun heavy, this will need a complete overhaul for China.

The global team sits in New York. The China marketing team is a one-man band in Shanghai way down the corporate food chain. He knows something is a bit strange in the messaging, but when he raises this he is told by headquarters that hashtags are a global policy and he has to use them, and QR codes are ugly he’s not allowed to use them. This doesn’t end well for anyone. Companies need to listen to their people on the ground with local knowledge, and value their opinions.

China is a world-class manufacturing hub, and any brands that think they can beat the quality of the local competition just because they are foreign are in for a rude awakening. The Chinese authorities are keen to promote local companies, and Chinese people are patriotic, they want to see homegrown enterprises succeed. And remember, these will communicate with customers in a way they understand.

Chinese people are glued to their phones. We’ve mentioned this in the past, but it’s worth repeating. This is how you market to people today, particularly using WeChat, the social media app that has transformed society in the Middle Kingdom. Brands that want to blow the budget on celebrity endorsements or PR campaigns or TV adverts are missing the opportunity to be in the palm of their target customer’s hands. 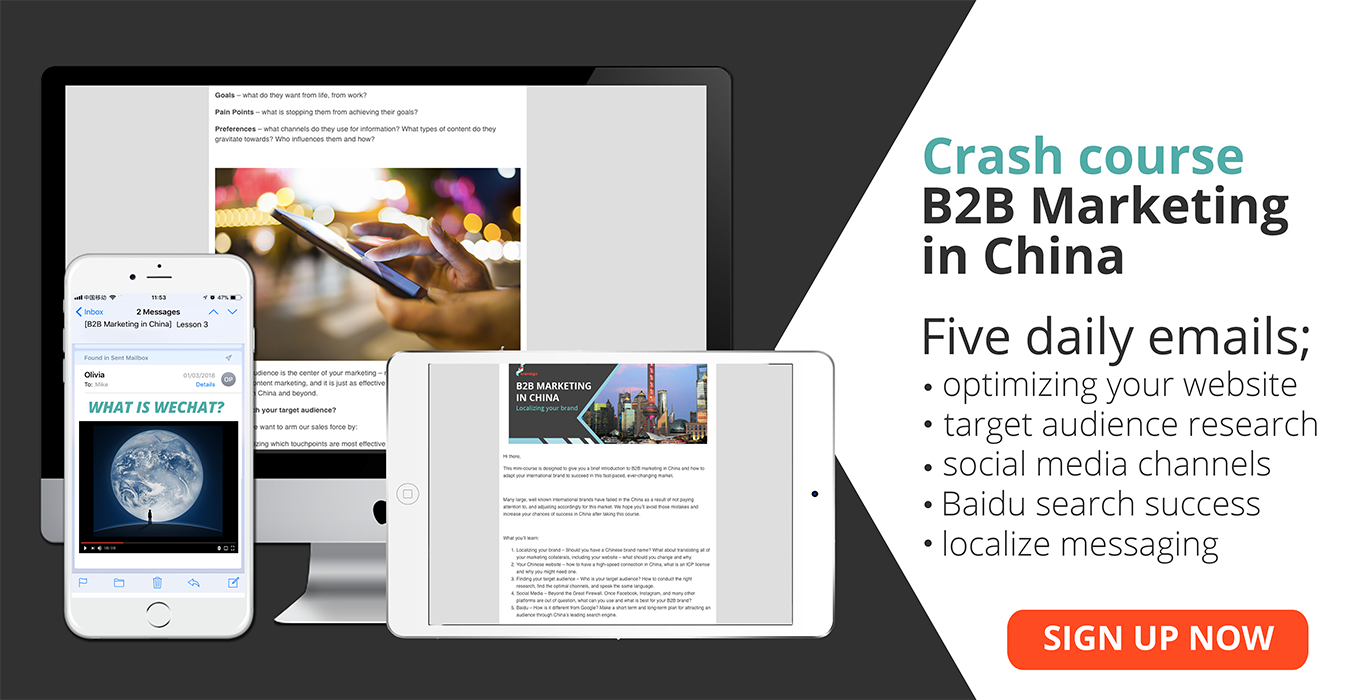