Get your WeChat wallet out!

China has embraced ecommerce, and on a day where they could be looking for love, millions of people all over the country will be glued to their smart phones in the hope of bagging a bargain.

Yes, November 11, or Singles Day, is almost here again, and the spending juggernaut that saw US$13.7 billion change hands last year shows no sign of slowing down.

Just to give you a point of comparison, just over US$3 billion was done on Cyber Monday in the US last year. That’s what Alibaba Group founder Jack Ma considers a successful garage sale!

The concept of Singles Day on 11.11 first came about in the mid-90s as a sort of anti-Valentines Day, where the footloose and fancy free would celebrate their single status – shops encouraging them to do this by treating themselves to a little retail therapy.

11.11.2009 was the first time major discounts were offered online on Taobao, and since then all the online shopping sites have followed suit.

They’re the big winners in this. If brands want to be promoted on the sites, they have to offer massive discounts – expect to save 70-90% on everything from shampoo to phones to soft drinks to a new coat for your pet poodle.

Every year, the tactics used by the online shopping giants get more and more sophisticated. Westerners sometimes find the home pages a busy onslaught of information, but actually they are making it easier than ever for consumers to make their purchases.

Seriously, November 12’s newspapers will carry stories featuring bosses bemoaning the absence of employees as staff pull a sickie to spend the day getting all their Chinese New Year gift shopping done at once.

Expect to see more flash sales in the days leading up to 11.11. Tmall will begin their pre-sales activities on November 1, using promotions and offers to make brands top of mind for consumers.

WeChat is part of life now, and the online shopping behemoths know this. They’ll be banking on attracting people with group deals, leveraging on the connectivity between friends and making it attractive to buy in bulk. And you know you all want matching baseball caps #squadgoals!

And they’ll play on your emotions – look out for limited edition cup noodles, or livestreaming from a hairdressing salon. All tactics will be used to sell to consumers and create demand for the brand on the noisiest day in the online shopping calendar.

Expect this year’s numbers to be even bigger than 2015’s as China, in a few short years, continues to rewrite the rules on how merchants and consumers interact and engage in the 21st Century.

In the words of comedian John Oliver, “China just out-America’d America!” For his full take on Singles Day 2015 from his late night TV show, watch here on YouTube. 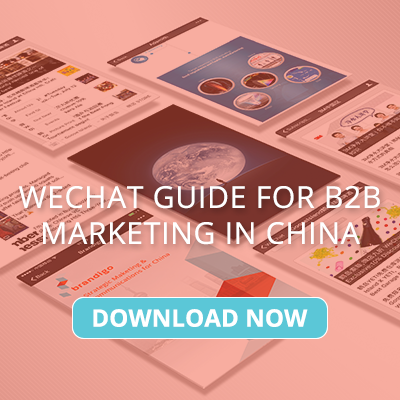