One humid August evening in 2014, the human crocodile slowly sauntered east down the neon-lit Nanjing Road. Walled each side by the Art Deco buildings and glass-fronted malls, alive with the sounds of people in the world’s biggest city, the sight at the end was met with the most modern of reactions – we reached for our phones, swiped the camera on and held them aloft to capture the spectacle of shimmering lights.

I did the same last weekend, and the reaction was the same. More powerful even, as more buildings have been added to that iconic skyline at the end of the street and across the Huangpu River. More people have smartphones. More people in China can afford to come here and marvel at the jewel in the nation’s crown.

A generation ago, Pudong was farmland. The poor relation to Puxi, where the Communist Party of China was born. Before then, a history of interaction and engagement with the world, for good or ill, already secured this city fame and sometimes infamy the world over.

Today, Shanghai is the poster-boy of China’s status as a world economic power. A symbol of how change has come to this country, and with it, a new prosperity and status as the post-World War Two global order realigns itself to deal with the challenges and opportunities of the 21st Century.

In my three years here as a marketer, every day has been a school day. The pace of change here is like nothing in the West. In Boston this month visiting colleagues, there were still shops insisting on cash only. Here in China, you’re more likely to see “no cash accepted” as the country has embraced mobile payment. And that’s just the start.

The social media and online ecosystem is different, and will stay this way. At the time of writing, it doesn’t look like Facebook and Twitter will be suddenly unblocked. China will stick with its own social media platforms, and these are rewriting the rules in brand engagement. Knowing how to engage with a Chinese audience will be vital for the future success of brands that want to expand in this market.

But that doesn’t mean China is contained. Though traditionally inward looking, there is a cultural shift taking place, particularly among millennials. They are cosmopolitan, discerning, educated and aware of the world. And they are proud of China and it’s place in the global hierarchy. Brands that fail will do so because they still view China through a prism of antiquity. Of Great Walls and Dragons and red. Those that succeed will recognize they are marketing to individuals, not huge demographics. The tools to do this effectively will emerge here.

Keep going East from Shanghai, across the Pacific Ocean, and you reach California, the edge of the world and all of Western civilization, sang the Red Hot Chili Peppers. Those guys in Silicone Valley look over now with envy at technological developments taking place here.

My 1,000 days are done, and are a spec in the timeline of 5,000 years of history already written down and recorded in this land. The story is an ongoing one though, and will be read with close attention by more and more people across the world in the decades to come. 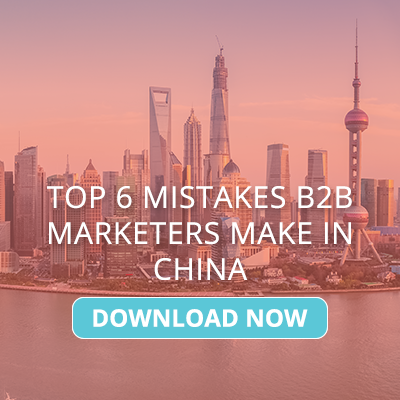