In her recent and timely blog post this active hurricane season, my colleague Tracy Hartman writes about crisis preparedness when it comes to communications planning. But as this relates more specifically to branding, what are some of the risks and — for better or worse — opportunities that arise when disaster strikes? The double whammy (so far!) of Harvey and Irma paint a pretty telling picture for us.

We all got a glimpse of just what can be at stake if you handle things wrong in the form of prosperity televangelist Joel Osteen, the head of the Lakewood mega-church. Before telling those affected by hurricane Harvey not to have a “poor old me mentality,” he was knee-deep in damage control for defending the decision not to open the church to those in need during the storm because they simply hadn’t been asked to. This wasn’t a great moment for an organization whose brand likely prefers to be affiliated with more pious and neighborly attributes.

Then there were the price gougers, including gasoline chains like Chevron. And as the skies began to clear, 7-Eleven announced it was sending 1,600 cases of bottled water to Florida stores after the Attorney General there cited thousands of calls to her office reporting inflated prices during the emergency.

On the other hand, many brands found opportunities to weather these storms far better despite significant material damage to property and sales in some cases. Airlines not only moved people, but were also forced to relocate equipment out of the paths of the storms, impacting routes far and wide for days on end. But companies like JetBlue and Delta found ways to help consumers that didn’t go unnoticed, with valuable press coverage gained. Not only the U.S. Navy, but cruise lines sent ships to the aide of battered islands. Even brick-and-mortarless apps like GasBuddy found ways to help, posting an emergency “Gasoline Available” tracker to help consumers find fuel.

Sure, big box hardware stores like Home Depot and Lowes racked up huge sales of building supplies as people prepared for the storm, but they too suffered significant losses as the hurricanes moved inland and destroyed not only buildings, but much of the stock within. In the aftermath, these businesses — like Target, Walmart and a long and growing list of others — seized upon the national attention to these disasters to offer both monetary and material support to the communities they typically thrive in.

For many businesses, such acts of corporate benevolence extended not just to consumers and their communities, but directly to their displaced employees as well. They realized that it not only looks compassionate, but can have an even more dramatic impact on the bottom line when it comes to their investment in training and retention.

So when it comes to testing the altruistic nature of brands during challenging times, what’s the rainy day lesson learned here? By rapidly identifying and seizing upon opportunities to do good before, during and after the storm, forward-thinking companies will benefit from positive brand perceptions by not only those that were directly impacted by Harvey or Irma, but untold numbers of those who were completely unaffected. Let’s hope we won’t be reminded of that again this season. 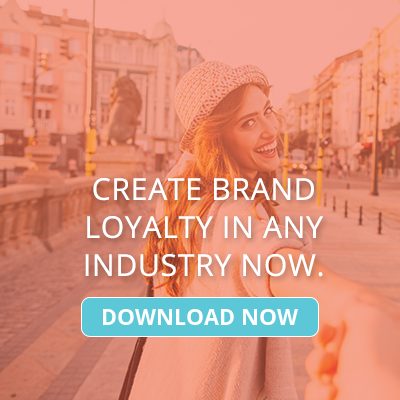 On track with Brandigo UK